When the first emperor of China died, he named his first son, the crown prince Fusu as his successor.  However the eunuch Zhao Gao (a palatial official and the tutor of the emperor’s second son), conspired along with the chancellor of the nation, Li Si and the emperor’s second son, Huhai.  Their conspiracy was successful – Fusu was executed, and Huhai inherited the throne as the new emperor.

Huhai gave Zhao Gao a generous promotion and his influence in the government expanded greatly.  Sadly, for the likes of Zhao Gao, this was not enough.  Zhao Gao always planned to increase his control in the government, and eventually contemplated treason.  One dilemma the ambitious eunuch faced, though, was that he did not know which government officials in the imperial court would side with him, and which ones would oppose him.

One day he came up with a clever scheme.  He presented a deer to the court in front of 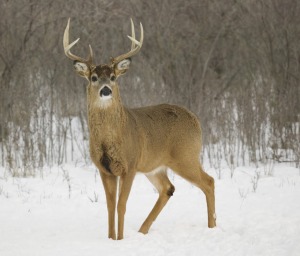 the emperor and numerous officials, and proudly declared it a horse.  A very nice horse, indeed, beautifully groomed and capable of running at tremendous speed.  The emperor, despite thinking of Zhao Gao as his trusted mentor, spoke up in disagreement and called the animal, rightfully, a deer.

At this point the officials in court had different reactions.  Some sought to curry favor with Zhao Gao, and agreed with him, proclaiming the animal as a horse.  Some remained silent, while a few spoke up and referred to the animal as a deer.

Zhao Gao now had a better idea on what to do.  Shortly thereafter, the officials who spoke up and referred to the deer as a deer were secretly executed by his orders.  The ones who remained silent probably got the axe, too.  The ones who agreed with his lie remained untouched.

Lots of history followed, but a few years down the road, Zhao Gao staged a coup and had the second emperor, Huhai, assassinated as well.

The events mentioned in this little story occurred around 2200 years ago.  Even back in the day, it may have seemed surreal, for someone to bring a deer into a court of educated officials and downright proclaim it as a horse.  One may be tempted to think that it’s simply a quirky piece of history, that what this story describes can not possibly happen in this day and age, and that it no longer have relevance in our society.  However if one take the time to observe present day society, one would see that the parable of the deer certainly still serves as a very good cautionary tale for the times.

I will end this post with this quote by Theodore Dalrymple, a contemporary British author, who is much more eloquent than I am:

In my study of communist societies, I came to the conclusion that the purpose of communist propaganda was not to persuade or convince, not to inform, but to humiliate; and therefore, the less it corresponded to reality the better. When people are forced to remain silent when they are being told the most obvious lies, or even worse when they are forced to repeat the lies themselves, they lose once and for all their sense of probity. To assent to obvious lies is…in some small way to become evil oneself. One’s standing to resist anything is thus eroded, and even destroyed. A society of emasculated liars is easy to control. I think if you examine political correctness, it has the same effect and is intended to.