A pretty grim essay by Beaver, but one that makes sense. 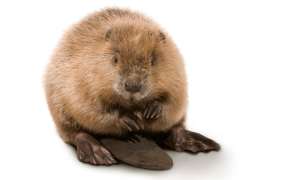 Violence is the pillar on which all societies are built and its repression is tantamount to societal collapse.

For societies to function, there must be a set of agreed upon rules, which we call laws, to govern all individuals which comprise them. Without those rules to abide by, individuals would likely work against each other and societies would collapse. Even assuming the good will of the individuals comprising a society, having laws allows us to determine the point at which a dysfunctional individual must be stopped by force.

Of course, laws are simply words. Spoken words or words on paper, but only words. Laws gain power through their enforcement, and enforcement is only possible through violence or the implied threat of violence. As an example, a man may pay off a speeding ticket because he thinks it’s the right thing to do, but what stops him from deciding he doesn’t feel like paying it is the threat of being forcefully taken to jail. And once in jail, what keeps him behaved is the threat of further confinement, which is achieved through violence.

Thus, without violence, laws cannot be enforced. If laws cannot be enforced, the laws mean nothing. If the laws mean nothing, then nothing stops individuals from acting against the well-being of that society. And if nothing stops individuals from acting against the well being of society, then the society will eventually collapse. It will take longer in societies where individuals are responsible, but it will happen eventually. What keeps the predatory, the sociopathic, from gaining full power over individuals aiming to make society function, is the threat of violence against them.

Thus, the notion that “violence is never the answer” is a laughable one. We teach (or rather, our governments teach) our children that violence is wrong, that they must never use it no matter what. The aim of this is to create a society of slaves who will never protect themselves when abused.

It is slave morality and we must emancipate ourselves from it. Yes, violence is acceptable, in certain conditions. It may not be desirable, but it becomes acceptable – nay, necessary – if one hopes to have a complex and functional society.

Otherwise, what you have is merely a parody of a society, a human organization which does not work for the good and improvement of humanity, but for the glory of its sociopathic leaders.

This, in essence, is the reason behind the west’s continued descent into decadence. If the decent, righteous folks who constitute the majority of mankind refuse to engage in violence, then dysfunctional individuals won’t hesitate to take what they want by force. Over time, this will allow them to gain positions of power where they will weaken the laws even further and allow even more dysfunctionals into positions of power until we reach a point where the common folk are dominated by a handful of psychopaths, refusing to defend themselves as they believe violence is wrong while letting violence be used to dominate them.

Once such a point is reached, the less intelligent brutes will begin using violence not because they want freedom from the dominating castes, but merely because no one is stopping them. The decent folk refuse to use violence to stop them while those in charge don’t care. Worse, those in charge now hesitate to use violence to stop the brutes because it might set a precedent, teach the decent folks that violence is indeed the answer. This is how we wind up with riots all over the place and eventually, either when someone sees an opportunity to seize power or the decent folks finally have enough, civil war. Once the civil war blows over, people with power and the will to enforce laws will create their new state, with new laws, but none can tell if these laws will be the kind which allow a civilized society.

In conclusion, it is my belief that to prevent a total societal failure of the west, it is imperative to teach violence to people again. Teach them how to do it, when to do it, why they should do it.

Remember that it is not a prayer which will keep the darkness at bay, but a sword.

One thought on “Beaver Transcript: On violence”