An anon on 4chan offers an interesting take on how biology influences gender roles in society:

The sad and ironic part is, you’re not far from the truth. But it’s not the patriarchy.

Like shoving a stick through a bucket of molasses, it doesn’t actually push back, or move the stick around itself, it simply holds onto wherever the stick is, or has been moved to. Individuals cause change, society keeps it there and keeps change as a slow progression.

Ask yourself why, in Norway for example, 85% of Nurses are female, and 85% of engineers are male, regardless of how hard the education system has tried to reverse the roles? The answer is quite innocent… it comes in the form of the most common response from school children : “That sounds boring”.

Out of free will, a free choice to decide what we want for ourselves, we re-enforce gender roles.

To create a perfect 50/50 split in all fields of study would require the elimination of free choice, to force women into engineering, and men into nursing, because the quota demands it.

And as for the Feminists… which fields are they studying?
Sociology, Women’s Studies, etc

And what are those? People oriented tasks.

Yep. You read that right. Out of free will, feminists have chosen gender roles. 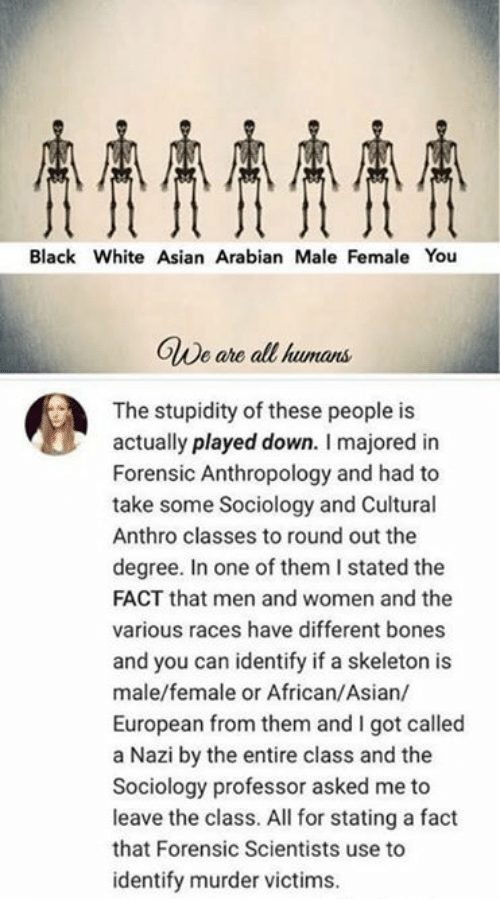 This anon is pretty on point in his observations.  If one have ever dealt with young children, one can see that differences between boys and girls are noticeable from a very young age.  It’s strange parts of the US society have lost touch with even simple matters like this.  I can’t help but notice that a lot of the craziness on the matters of gender and sexuality that the US have seen in the past decade or so are based on the idea of Equality being twisted and misinterpreted.

As an example, rather than grading all students or punishing all criminals using equal standards, a subsection of modern society is now obsessed with creating equal results.  Hence instead of trying to figure out why certain groups of students over-perform and others under-perform, there is simply quotas in place forcing for equal results.

In the context of the US, this might mean a university may bump the SAT scores of under-performing applicants up higher if they happen to be of a race that the school have a quota for, or even the opposite, tweaking down the SAT score of an applicant if they are of a race the school might otherwise have too many of.

Translated to real life, this sort of practice results in horrible situations where a small business owner might hire a college student for a part time position, only to realize that said student worker cannot even spell the word “does”.  This is, sadly, something from my own personal experience.

Lastly, the screen cap for the original writing is posted below.  It was originally posted in the year of 2013. Unfortunately, in the roughly decade’s worth of time that followed, the idea of Equality has continued to be twisted into one where people blindly sought for equal results.  The same misinterpretation on the concept of Equality have spread to other topics, race being the most prominent one, and have wreaked further havoc on society.  It’s almost nostalgic, looking back at this post from 2013, and remembering that back then the most controversial things the nutjobs in society trumpeted of was “only” things like sexism and gender roles. 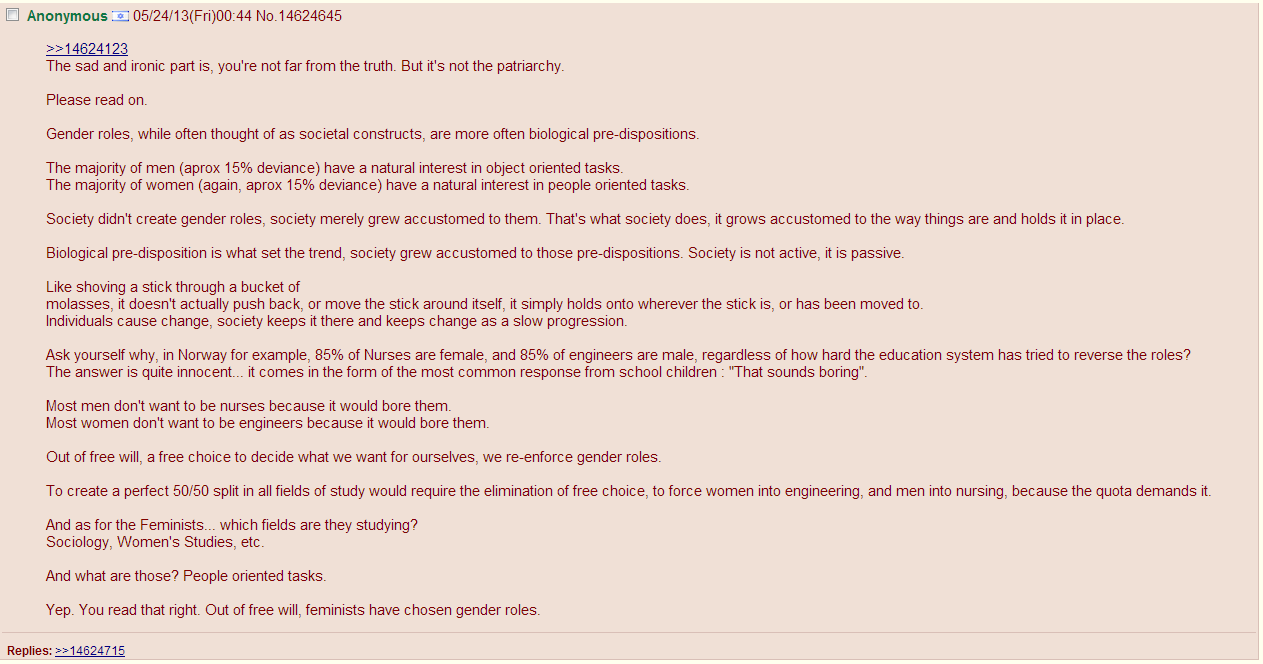