A man on a long journey approached a wise man sitting by the side of the road.

“Old man, tell me, what are the people like in the village up ahead?”

“Well, son, tell me what the people were like where you come from.”

“Oh, they were wonderful. Hospitable, honorable, hard working and selfless.”

“My son, you will find that the people in the village are very much like those people.”

The next day a different man comes to the same old wise man and asks the same questions. When asked about the people where he comes from, he says the following:

“Oh, father, they are terrible people, thieves and drunkards, with no honor, disrespecting mother and father in pursuit of money.”

“My son”, said the wise old man, “you will find that the people in the village are very much like those people.”

The above is fairly true when it comes to life.  Maybe a hypothetical parable is not entirely convincing.  I’ll give a real life example as well.  I’m born in a family with many business people.  Both my parents have conducted much business with factories in China.  Whereas my father is a high strung man with an explosive temper, my mother is very laid back with a kindly temper.

If you ask my father how people from China are like, he would say that they’re evil bastards who would stab you in the back the moment they can for a bit of profit.  That one need the utmost care when conducting business with them, and precaution must be taken against the time when they betray you.  It’s not a matter of if, but a matter of when with most of them.

Over the years he has been betrayed by Chinese factories that he do business with many times.  He would do business with one factory, be dissatisfied with the way they do certain things, and offer advice on how to do them.  The customer is always right, and he, the customer, wants things done his way.

Eventually advice turns into harsh criticism and orders.  The factory’s owner and managers would be riled up too as tension rises between them, until eventually one side explodes in a fit of anger in an argument of some sort.  At this point the relationship is done – my father’s honor had been insulted and he would switch business away else where.  He would source for a new factory to work with, and praise them during the first phase of the relationship.  “Oh, the owner of this new place is a very soft spoken man, very bookish, like a scholar!”  Over time the cycle would continue, demands and criticisms would be offered from my father in increasingly anal and critical tones, until eventually the nice, bookish man turns into a sarcastic, disrespectful young man who betrays him in some way down the road.

If you ask my mother how people from China are like, she would say something along the lines of, “eh, they’re ok”.  She spoke to them on the phone with a friendly demeanor, and it showed through in her tone.  I can’t remember a lot of times when she bothered to advice the factories on technical matters – if they can deliver good products on time, then she’s happy.  The few times when her company demanded changes from the factories she worked with, she worked with them and offered advice as if she was a friend who was concerned.  All the way until her retirement, she has had a good working relationship with the majority of the manufacturers she worked with, and only one have tried to cheat her.

My father had a very exciting professional career with a betrayal of some sort almost every year or two, and much drama that ensues.  My mother had a mostly boring career with most years being business as usual – place order, receive products, and maybe receive a gift basket or some tea from the factory’s owners on Christmas each year. 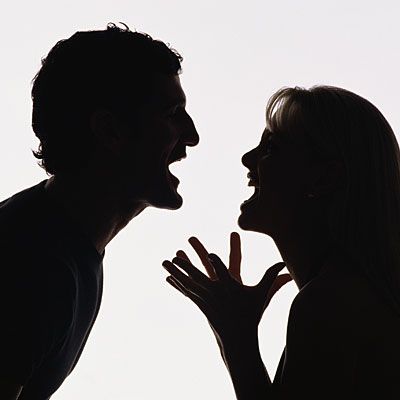