During the peak of the Taiwan situation from a couple of weeks ago, the following meme was posting regarding how some other similar regional conflicts were seemingly forgotten: 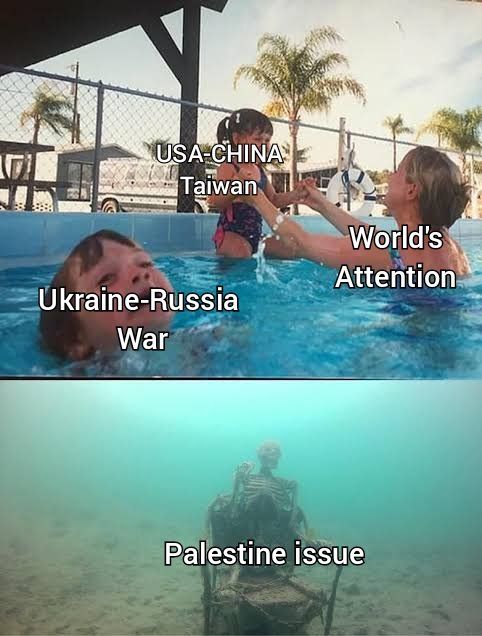 It’s rather unfortunate that as of now, even Taiwan has been forgotten again.  It’s also curious that Pelosi’s visit was declared as a sort of great victory by the US media, but the subsequent military drills that China performed, during which missiles were shot over the island of Taiwan and landed in the ocean waters east of it and caused much trade and travel shutdowns in the region, were not particularly reported.  Taiwan was ultimately the loser in this little spat between the US and China.

For reference, here is a map of the areas affected by the drill: