One thing I’ve noticed is that many parents try to raise their children to be “good”, this is especially more common in middle class families.  I certainly was raised to be “good”.

In this case “good” is a nebulous concept that the parents never clearly define, but simply repeat to the children.  Be good.  Be good.  This mantra would be parroted at certain learning opportunities, often coupled with explanations and examples muddled with political correctness and religious parables such as turning the other cheek.  Eventually through enough repetition the children themselves would piece together just what they think “good” means.  Good means for one to be considerate, to always think about what the other person is going through.  Don’t EVER be aggressive.  If you have a little more than average, then be very grateful and keep your mouth shut.  Be almost ashamed of your own good fortunes and the fruits of your labor when you’re confronted with someone less fortunate.

I was raised to be like this and I find this nebulous concept of good to be poison.  I once had a problem tenant in a condo I owned in a large city.  The tenant owed me several months worth of rent, and did not respond to all my attempts to contact him.  When I showed up at the condo to investigate, I found that the man had skipped town.  The inside of the rental unit was ruined.  The carpet was completely destroyed by his dog.  The walls were randomly painted at some places as if the guy started a new paint job, only to give up half way through because it was too much hassle.  As a final cherry on top of the cake, the entire kitchen was painted, without my permission, to a lovely shade of blood red.

I hired a lawyer to track him down and sue him for the damages.  At the same time I prepared to repair the rental unit, and called in a real estate agent to the place to discuss renting it out again for the future.  As I stood there in the ruined condo, speaking to the real estate agent and describing what happened, I started to make excuses for the deadbeat.  I described about how he seemed to be having trouble with relationships.  How based on the mail from the various companies and collection agencies I’ve continued to receive on his behalf, it looks like he’s had financial problems.  Hey, at least he was pretty prompt with the payments during the first year of his time at my place.  I went on and on, growing increasingly apologetic in tone until I myself was feeling bad about sending a lawyer after him at all.

At this point, the real estate agent I’ve invited screamed.  He was a big, fat man and startled me a little.  He screamed out, “So what, you’re not Mother Teresa!”

I realized, he’s absolutely right.  I am not Mother Teresa.  Why is this deadbeat stranger’s problems my problem?  Why should I feel ashamed for protecting my own interests?  When I’m the one who was screwed and had close to $10,000 worth of damage done to my property, why the hell is it that I was feeling guilty for sending a lawyer after the man who had caused that very damage?

This was an epiphanous moment for me that led to a lot of self introspection.  I’ve come to realize that the concept of “goodness” that was instilled in me was very flawed and extreme.  Some sympathy for others and self sacrifice may be fine.  But there’s nothing wrong with taking care of yourself and your own interests.  One should not take this idea of goodness to the point where they feel ashamed for even protecting themselves, for having some ambition in life, some pride in their own accomplishments, for wanting more and to feel shame for being unable to lead an unrealistically virtuous life like Mother Teresa’s.

Having realized this I’ve changed my own way of thinking over time.  Funny thing is the way I treat people haven’t changed all that much.  I’m now capable of saying no once in a while, but the biggest change is that I don’t beat myself up mentally or feel guilt from not measuring up to some ridiculous imaginary standard, and I don’t subconsciously think I’m doomed for cosmic punishment for having some material success.  It feels like a lot of unconscious guilt I didn’t even know I had was lifted away, and I now consider myself a person who’s good enough to have happiness in life.  Not some guilty prisoner tiptoeing around waiting for the ball to drop.  Because I’m not Mother fucking Teresa.

I look around, I think about the people I know, the way they acted and the things they spoke, and I realize many of them had the same flawed idea of “goodness” and resulting guilt in them.  It’s hard to communicate this idea to others.

For those that this little article describes, I guess at the end it comes down to this.  You’re OK.  You don’t need to spend $500+ on numerous self help books to figure this out.  You don’t need to give away 10% of your salary to the church or 20% to starving kids in Africa.  You can and deserve to feel happy, right now.  It’s OK if you don’t live a life of absolute virtue like Mother Teresa.  Because you are not Mother Teresa. 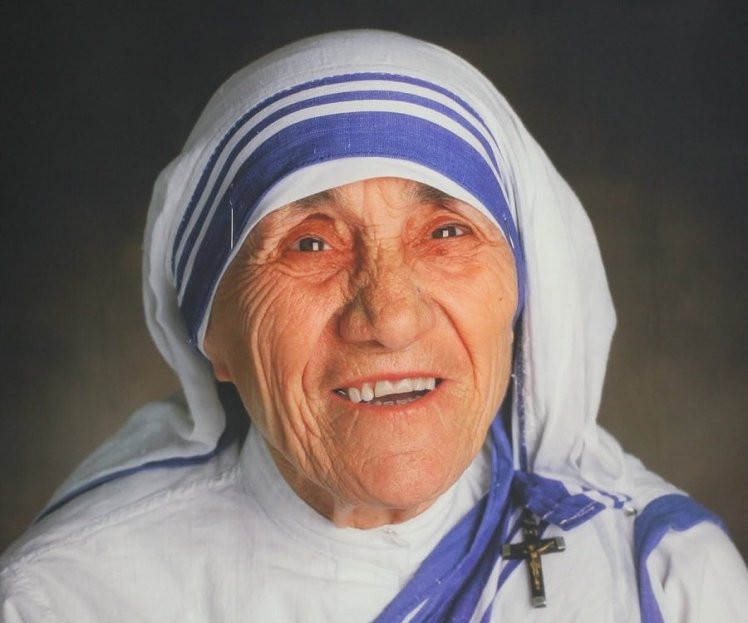